The Secret life of Talbot Hughes

Osmington is known locally for it's connection with the famous painter John Constable.

He spent his honeymoon in Osmington  and was great friends with the local vicar.

The village however had a long term resident artist who relocated to the village after leaving London society in 1913.

He is known commercially as the painter Talbot Hughes. 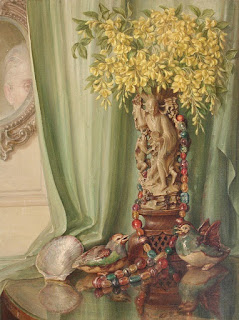 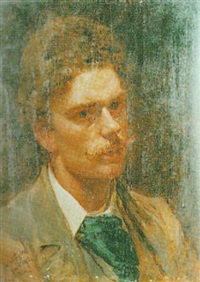 
His full name was William Talbot Walter Hughes and he was born in Chelsea in April 1869 and died in Dorchester in February 1942.

He was the son of painter William Hughes and brother of the celebrated painter Sir Herbert Edwin Pelham Hughes-Stanton. Talbot married Eleanor in 1909.

Talbot left behind his privileged London society lifestyle in Chelsea and moved to the rural village of Osmington. 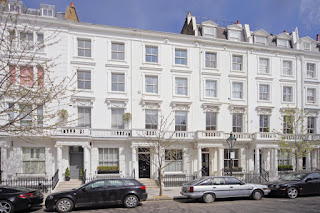 He seemingly had little contact with his family in his latter years as his surviving relatives do not seem to know exactly how he fitted into their family structure. His brother Herbert who he was close to pre-deceased him in 1937.

What we do know is that Talbot had exhibited at the Royal Academy from the age of 17 up to 1913, when he sold up his costume collection to Harrods.

He eludes to his dissatisfaction with the artistic world writing in 1913 (in one of his many books on Historical costumes for artists) that,

"The designing and making of Costume is a craft...It has not yet been subjected to rules of good taste formulated by Academies and Universities".

Talbot 's brother and father both painted landscape art whilst he chose more romantic and people-focused subjects. It is perhaps for this reason that at the time he was dissatisfied with his popularity in artist circles.

However he also describes in his writing how modern society ladies so commonly 'cast aside' their fine garments and dresses in order to appear well -presented. This is echoed in his paintings. 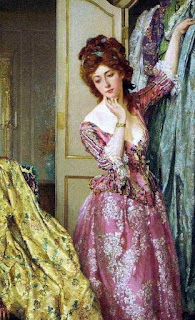 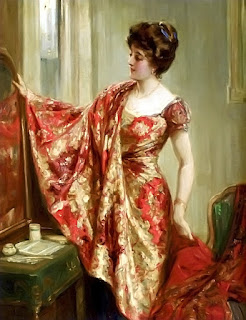 So his move to a less materialistic society might have been prompted by his attitude towards vain society?

In today's market paintings by Talbot Hughes are selling well into the £15k mark.  Yet when he died in 1942 he left probate of just £37.

Talbot lived a peaceful life in Osmington in an attractive historical home in the centre of the village. Many of his paintings and sketches show an uncanny resemblance to other buildings and locations around the village. 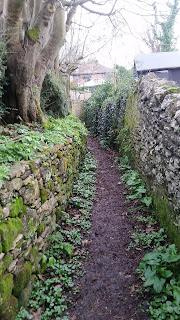 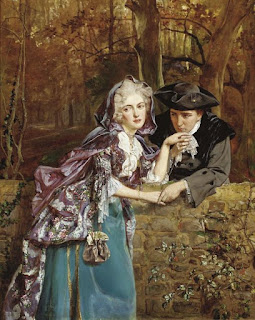 He lived a comfortable lifestyle in the village under the care of his housekeeper, known locally as Wardie.

More information on his life story to come...