The restoration of the White Horse in Osmington in 1989 by TV presenter Anneka Rice made national headlines as an example of well-meaning amateurs damaging historical assets.

Rodney Legg, a Dorset historian and author, said of the Challenge Anneka work: "What they did was a bit of a do-it-yourself garden landscaping when really they should have used a proper civil engineer.
"It's a whole acre of exposed geology and they did a quick fix for the cameras, but they should never have brought in that stone."

Steve Wallis, senior archaeologist at DCC and member of the Osmington White Horse restoration team which lead the restoration work to put right the damage, said the horse was never white anyway, because it was cut into the greyer limestone of the South Dorset Ridge.
He said: "We want to restore The White Horse in all its glory to as near as possible to how it once was."

The Osmington White Horse project was initiated, organised, financed and completed by the Osmington Society led by Chairman Geoff Codd.

Mr Codd said " The project took three years to complete and involved many individuals who put in a huge effort. The contribution from the DCC Coastal Rangers was massive - we could not have done it without them".

The Old Roman road leading to the White Horse is a designated bridleway and has been used for generations as a route into the village.

Before the main road into the village was built, horse and carts travelled from Poxwell down Roman road and then on to Sutton Poyntz. Cottages along Roman road served as shops and post offices and the Tudor manor house stood at the foot of the road as it enters the village.

Local businesses and traders such as visually impaired Mr Tizzard the basket weaver depended on the trade that passed by on this through-fare. 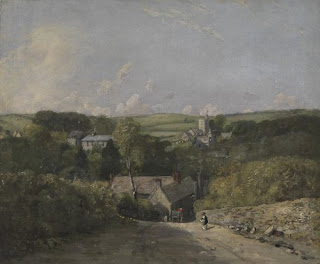 The road was also captured by John Constable in his paintings. Here the road is shown leading to the Manor House belonging to local landowner Robert Serrell Wood.

The following historical photographs were taken ten to fifteen years ago circa 2002.

They show the natural light-coloured covering of the road, while there are loose stones there is no ruts and the surface is smooth. 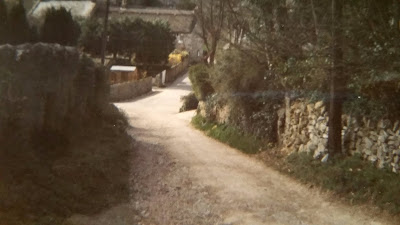 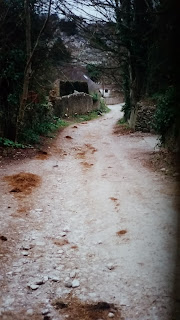 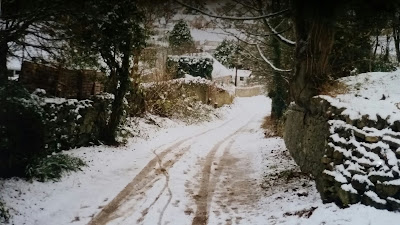 April 2017 photographs show the darker coloured road coating and the eroded deep ruts which have appeared. 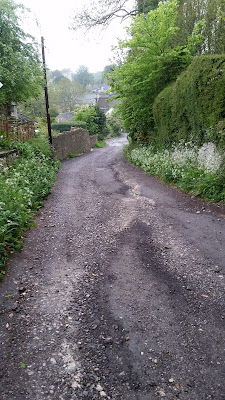 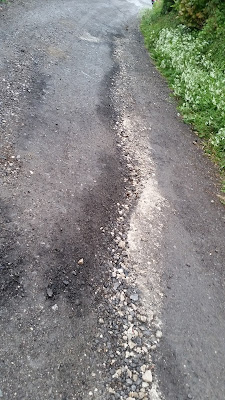 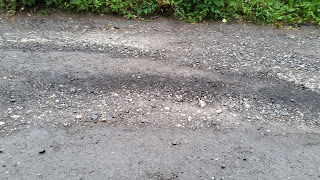 In the last ten years modernisation of the postal address has seen Old Roman road being renamed to Roman road.

The condition of the bridleway has also been changed in a similar way to Anneka Rice's efforts on the nearby White Horse.

In the last couple of years following some substantial damage, recycled tarmac was placed on parts of the damaged bridleway in an attempt to level the surface for traffic. 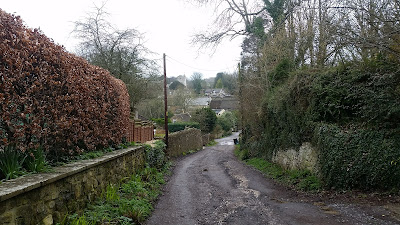 This has resulted in an unstable top surface and changed the character detrimentally both in historical and aesthetic terms.   The disturbance of the surface of the bridleway has rendered it inconvenient for other users, specifically walkers, horse riders and cyclists.

Local historian Lucy Wyman said " In a similar way to the restoration of the White Horse we want to preserve and restore the Old Roman road to as near as possible to how it was in 2002 and ensure it remains for the enjoyment of future generations.

We would like to call on the local planning authority and other agencies to designate the bridleway as a heritage asset and enforce the Highways act; helping the community to conserve it as an irreplaceable resource and conserve it in a manner appropriate to its significance".

We have organised an online petition which can be signed by anyone who supports this idea or who uses the bridleway for their recreational activities.

Please note this petition is and always has been about protecting a local heritage feature and tourist attraction. It is not about pointing blame at any user group or individuals.

Thank you for your support.
Posted by Lucy at 03:35