The origins of Osmington 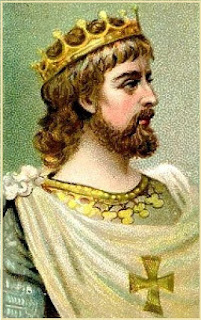 King Athelstan was born in 895AD and was the first King of England. He was ennobled by his Grandfather Alfred the Great and was apparently his favourite grandson.

In the period 933AD to 940AD he gave the village of Osmyngton to the Abbey of Milton.

The Benedictine abbey of Milton was built in 933AD by King Athelstan for the soul of his brother Edwin.

Athelstan was a great supporter of the church and his tomb was placed in his favourite place Malmesbury Abbey in Wiltshire.

In 964AD the reform of the monasteries replaced secular priests with monks led by an abbot.

At the time of the Doomsday book the monks at Osmington were granted by Henry I,


"possessions therein enumerated with all liberties, free customs and acquittances, the right of soc, sac, tol, team, and infangnetheof, waif, assize of bread and ale, gallows, pillory, and all other appurtenances".

The Abbey of Milton owned Osmington for the next 500 years until the dissolution of the monasteries by the Tudors.

Elizabeth I gave Osmington to her kinsman and member of her privy council, Sir John Ashley.

He was the husband of Katherine Champernowne, Elizabeth I's Governess, and First Lady of the Bedchamber who had been close to the Queen all her life.

Sir John was a distant relation of Queen Elizabeth I through his mother. She was the sister-in-law of Elizabeth's great-uncle, Sir James Boleyn.

The farm in Osmington was given to George Watkins by Elizabeth I and was then passed to Lord Petre and then to The Sheldons of Weston in Warwickshire.

Daniel Sheldon in 1695 sold his lands to Awnsham Churchill a bookseller and MP in the reign of Queen Anne; he had acquired a large area of land in Osmington, Ringstead and Poxwell.

Osmington passed through the Churchill family to his great grandson William Churchill Esq of Henbury. He sold the farm to Mr Hitt of Beaminster (Hitt's farm) and latterly with the rest of the village lands to Robert Serrell Wood in 1745. 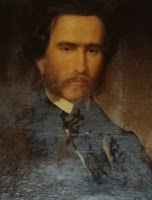 Edward decided to demolish the Tudor Osmington House in 1851 and re-build it in the current location on Roman road so that it was more privately situated. This was completed in 1857.

His elder brother Robert Serrell Wood emigrated to America and died in 1852 of yellow fever.

His son  Colonel Jefferson Serrell Wood moved from America to live in the UK but died at the age of 55 in 1907.