June 6th is a well-known date amongst historians for it was this day in 1944 that the D-Day troops left Weymouth to fight in France.

Osmington played its part in the operation providing a strategic home to Canadian troops  at Osmington house on Old Roman road in the lead up to D-Day.

Today evidence of their occupation is still visible from the bridleway,  the Canadian's air raid shelter is still standing on the opposite side of Roman road from Osmington house just over the hedge. 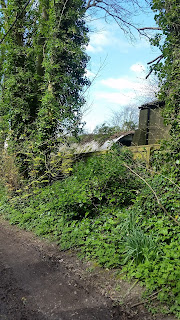 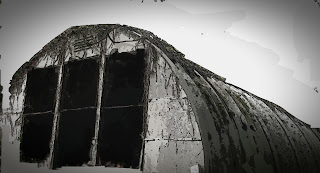 On D-Day, June 6, 1944, “Operation Overlord”, the long-awaited invasion of Nazi-occupied Europe, began with Allied armies from the U.S., Britain and Canada landing on the coast of Normandy. The 3rd Canadian Infantry Division landed on Juno Beach, casualty figures from that battle are estimated at 2,700 British, 946 Canadians, and 6,603 Americans.

Osmington house was occupied by the Royal Canadian Engineers who departed from Weymouth for the French coast. 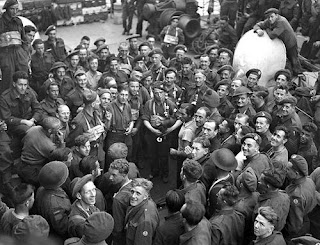 Many of those killed were buried in BRETTEVILLE-SUR-LAIZE CANADIAN WAR CEMETERY in Calvados France.

Upton Fort which is part of Osmington parish located between Osmington mills and Ringsted played a crucial strategic role during the period, helping to defend Portland Harbour through to 1943. 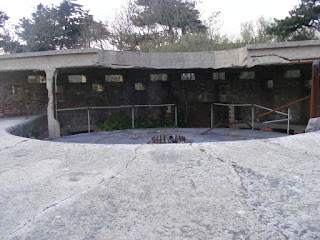 It was built alongside several other strongholds to defend the key areas of the naval harbour at Portland, these were located at the Nothe Fort, East Weare Battery, the Inner Pierhead Fort, and the Verne Citadel. 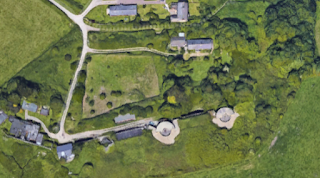 This coastal artillery battery has been identified as one of only ten examples of its type which have survived largely intact (from a recorded total of 202 built in the 20th century) in England.

Upton Fort retains all of the elements of a battery, including gun emplacements, magazines, searchlight structures, and ground defences located within defensive earthworks.

All survive in a good state of preservation. In addition, the site retains a group of support buildings that are rare survivals and which are listed at Grade II.